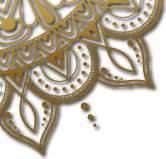 ¡I love the diversity and combination of styles and states of conciousness that dancing brings!

Pablo was born in La Plata (Buenos Aires Province-Argentina) in 1965. He got his medical professional degree from the National University of La Plata in 1990. His artistic and teaching career began with Israeli folk dancing: since 1981 he has taught to groups of children, teens, adults and seniors, including the creation of choreographies for performances and show producing.

Trying to open a path between medicine and traditional dance spirit, he found Circular Sacred Dances in 1992, through Charles Petersen and Alicia Rappoport. Since then, he´s being in touch with worldwide dances and circular group work by the hand of Felisa Chalcoff and Orlando Zaslavsky, Jorgey France Milchberg, Peter Vallance, Laura Shannon, Gwyn Peterdi, Nanni Kloke and many others. Taking and bringing dances and new styles from one place to another is part of this charming task.

At the end of 1994, he moved to Jujuy, North of Argentina, where he learned about folk dances by Pila Revollo; and the Andean dances, incorporated into the Tinkus treasure, thanks to Mariela and Hugo Cazón.

He focalizes weekly dances in Salta since 1995; he also offers dancing workshops in different places.

He organized the first Tinku (from Quechua: “gathering, celebration”) in 1996 in Tilcara - Jujuy: dancing and living together for a weekend, experimenting in a group. Since then, these workshops have been held in northern Argentina twice a year, yearly in Uruguay since 1999, in Brazil since 2004 and in Chile since 2013.

Pablo loves traveling as well; he has traveled extensively in America, Europe, Far East, Israel, Egypt, Turkey, India and Tibet. Since 1990, Tinku Maya in Palenque Chiapas México has taken place in several occasions, the most recent one in 2019. This place was the inspiration for the power tours manifested along the way: Peru and Bolivia, Jujuy, Israel and Jordan, Egypt, India and Nepal, South Africa, Turkey, Morocco, Ireland, Bulgaria, Albania, Greece and North Macedonia.

In 2002, he started the Summer Festival with Ana Gigena in Agentina, an international event that summons up to 200 dancers, with focalizers, diverse and wealthy proposals. From 2007, Sergio Batata Malqui joined this solid project, as well as the Tinkus, the workshops and the power tours.

In 2009 and 2010, they organized the Stone Circles Solstice Festival along with Nigel Woodhouse in Cumbria, England.

In 2003, 2004 and 2009, Pablo joined the “New England Circle Dance camp” as a visiting teacher, and he has taught in the Sacred Dance Festival in Germany organized by Friedel Kloke Eibl in 2003, 2004 and 2009. Meeting Friedel was a watershed in his dance´s path, in his relation with this work´s sacred dimension and his subtle connexion with spirituality. Each time, it becomes more and more evident the power and the potential purpose of this sacred tool of transformation, alignment and service to the Creative Source, to Mother Earth, to the ancestors, to the guides and to everyone who participate in this millenary tradition, which is simple, magical and accessible to all.